A Champion among Us

It’s a good month for Jonothon VanDam. On the first day of July, this 23 year-old from Kalamazoo, Michigan won the 2012 B.A.S.S Master Green Bay Challenge. If you missed the news, his final-day catch totaled 23 pounds, 4 ounces to bring his overall amount to 79 pounds, 2 ounces. In case you didn’t know it, a come-from-behind win for VanDam earned him a spot in next year’s Bassmaster Classic. It also comes with a sweet $100,000 prize, and a pretty nice trophy. Maybe you’re wondering why you’re not fishing for big money.

Where would you put a Bassmaster Classic trophy in your home? Maybe you would place in on a mantel above the fireplace. Perhaps it would rest on top on a dresser in the bedroom. But there’s a better place for such a distinguished honor: in front of the most prominent window in your home.

Remember the scene in A Christmas Story when Ralphie’s old man opens the package with his prize lamp? He put it in the front window where all the neighbors could see it when passing by. Unfortunately for Ralphie’s old man, the lamp broke. (Accidentally) More unfortunate were the old, inefficient windows in that 1950s Midwest home.

The windows weren’t a part of the plot in that film but they are a real part of the story of your home. How they look and how they function are equally important. Rather than accept the condition of your current windows, you could easily and affordably solve the problem with a call to AHT Wisconsin Windows.

We’ll come by, check out your current windows, and give you a no-obligation estimate to replace them. Replacing those outdated windows provides a long list of benefits, including energy savings, ease in operation, and reduced UV ray damage to furniture and carpeting inside. Plus, you’ll have an ideal spot to place that new trophy, even if it didn’t come from winning the Bassmaster Classic. 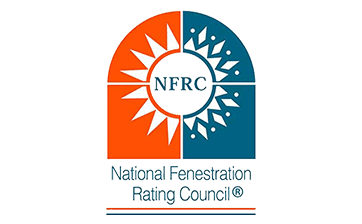